1. After coagulation, a small amount of fine suspended particles can be removed by filtration.

2. The characteristics of filtered water in power plants are that the suspended matter content in water is low, generally less than 20 mg/L, but the water volume is large.

3. Particle filter is usually used. The commonly used filter materials are quartz sand, anthracite, heavy ore and so on.

4. The equipment is simple and easy to back wash.

In the process of filtration, two mechanisms work simultaneously, of which membrane filtration is the main one.

In the initial stage of filtration, impurities were intercepted mainly in the top filter media, while most of the filter media were still waiting.

With the progress of filtration, the impurities of the upper filter material increase continuously, the voids decrease and the flow passage narrows. On the one hand, the resistance of water flow increases, on the other hand, the velocity of water flow increases, which enhances the scouring and peeling effect of the cut-off impurities, forcing some impurities to be conveyed downward, and the cut-off zone of suspended solids in water transfers from the upper layer to the next layer.

When the front of the closure zone approaches the bottom layer, the turbidity of the effluent increases.

As far as the quality of effluent is concerned, the failure point is the demarcation point of qualified effluent in the later stage of filtration, which is determined by the characteristics of filter bed and operation conditions.

The filtration rate is related to the structure of filter media in the filter bed.

In actual production, in order to ensure water quality, the filtration is usually finished before the failure point.

The failure point corresponds to head loss, turbidity of effluent and filtration time. Therefore, all three can be used as judgement indexes.

In practice, pressure loss is often used as a judgment index of filtration failure.

When the head loss reaches the prescribed value, the filter stops running and carries on the backwashing. The purpose is to remove the impurities retained in the filter layer and restore the filter material's ability to intercept pollutants.

1. Water backwashing. Water flows from bottom to top, and the filter material is in suspension. With the help of shear force and friction force produced by the flow between the particles of the filter material, the retained impurities are peeled off and taken away by the flushing water.

The effect of backwashing with air scrubbing is better than that of pure water backwashing.

1. Backwashing Expansion Rate: The Ratio of Increased Thickness to Original Thickness when the Material Layer Expansion

2. Backwash strength: the amount of backwash water passing through the unit area of filtration per unit time

Pressure filter, also known as mechanical filter. The main body of the filter is a steel pressure vessel. The upper part of the filter is provided with a water inlet device, and the lower part is provided with a water outlet (both with backwashing and water distribution) device. The filter material can be single, double or three layers. Filter types can be direct current, double flow or double chamber filters.

After the intake water is boosted by the pump, it passes through the filter layer from top to bottom, and the filtration is carried out under pressure.

The granularity of the lower filter material is small, and the gap between the particles is small. The fine suspended matter in the water is removed through the filter membrane, and the quality of the effluent is guaranteed.

The water passing through the filter device has no external pressure. The inlet water flows downward to the filter by its own gravity, and then the outlet water enters the clean water pool at a lower position.

It consists of a filter body, a water intake device and a siphon device.

The water intake device consists of a water intake tank and a U-shaped water intake pipe. Its function is to prevent air from entering the filter, so as to ensure that the siphon can be formed smoothly in the later stage of the operation of the filter.

Disadvantage: The siphon is very high and the filter can not be cleaned by air. 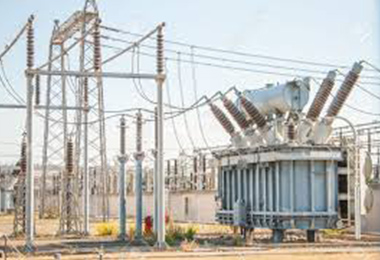